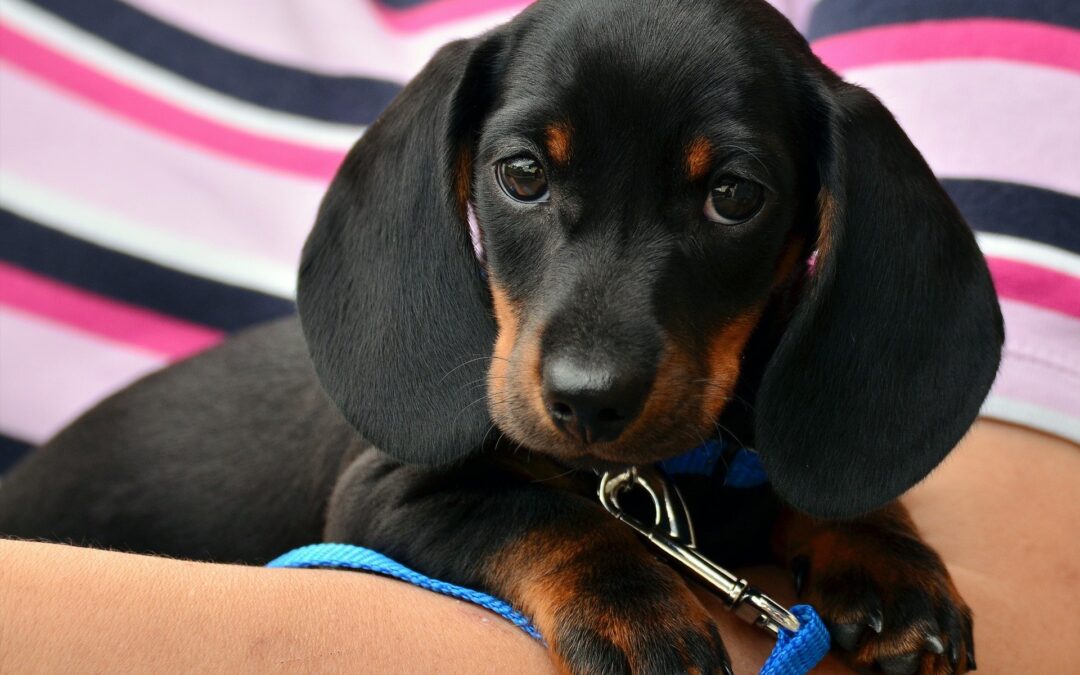 My wife and I have been noticing dachshunds for a few years. In our city there are a number of the cute little critters, and they always bring us a tremendous amount of joy.

We began to try to spot them.

If we did, we had a secret little sign to signify our delight – a sort of discrete half fist pump we’d make facing each other. (You don’t want to look too insane when you’re out and about, now do you? ☺)

So, some days we’d not see a single one. Not a sausage!

Other days would be a two (or very occasionally more) sausage day. (Double half-fist pump. Slightly crazier look for the street…)

There was even a beautiful little dachshund that appeared locally now and again walking his humans, who had a little doggie “wheelchair” for his paralysed rear end. He was such a happy wee thing you’d never know if he was even aware he had a handicap.

A friend (from a time when I played drums in a samba band) got a delightful little dachshund puppy during lockdown and began to post snippets of his little journey on Facebook. His name was Günther, and he was another darling. He’s lucky enough to have a little furrier, shaggier, dachshund housemate called Nellie.

(I plan to introduce some friends for Siggy in later books, so these two may make a cameo appearance! Stay tuned!)

All these gorgeous little dogs inspired us.

And when i decided to give Phyllis a dog of her own it was almost inevitable that he’d be a sausage dog. Because they’re just lovely aren’t they?

Why Siggy? Well, Günther was such a brilliant, ideal name for a dachshund. I wanted to come up with something Germanic and equally charming. Sigmund, or Siegfried, came to mind. I chose Sigmund in the end as it seemed a simpler name for kids, and he was always going to have it shortened to Siggy.

We know now that Siggy loves sausages. But it turns out Günther does too. Maybe all sausage dogs love their namesake foodstuff.