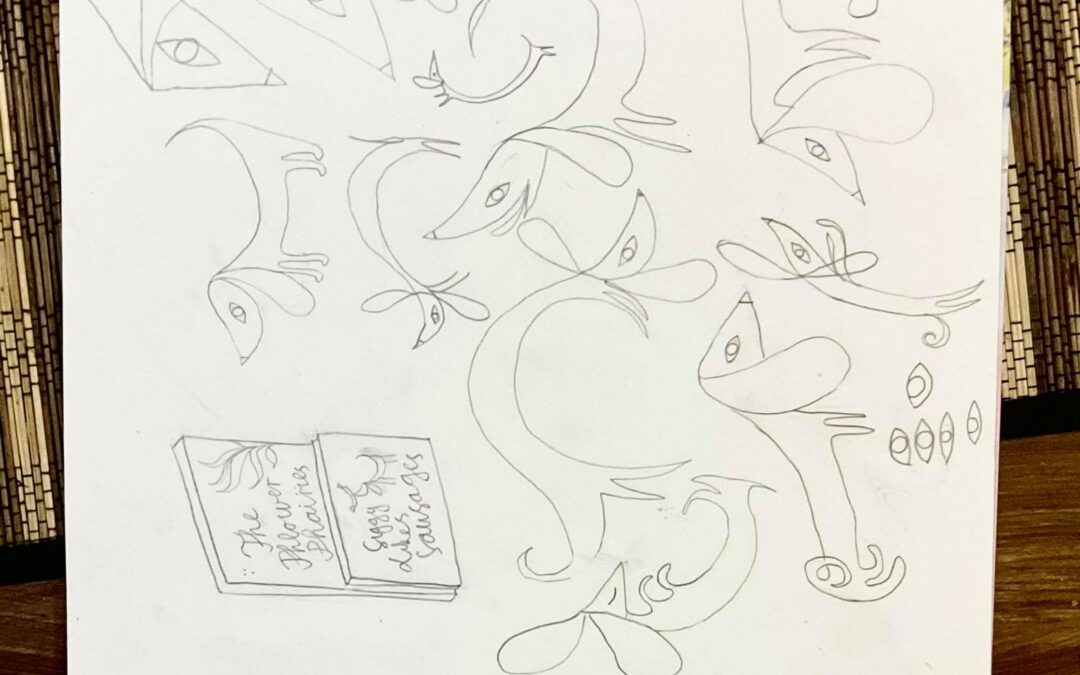 First (in June, 2020) there were my own little “flower girls”. They appeared at the door (or rather, they rang the bell and then ran and hid) during lockdown and brought little bouquets of flowers to cheer us up.

We began to talk, and played a little game where they pretended to be magic and invisible. I pretended I couldn’t see them and they found it entertaining enough, so they kept coming back with more flowers.

The “Phlower Phaeries” were born. Phyllis was inspired by the girls, and I wanted to protect their real identities. So Phyllis is what I saw in the innocence and goodness of my two little flower girls but she is her own little fictional person.

Of course, then this

More than a year of gestation, and the Phlower Phaeries was ready to go to an editor. I thought so anyway…

I picked an illustrator too. Vivien. She was a brilliant choice and an incredibly lucky find. She “got it” – as you’ll see when you read the books. She’s wonderful.

I was really pleased to hire an editor too. He had experience. he had enthusiasm. He knew how to put it all together. And how to market it too…

Turns out… He had none of those things. I won’t dwell, except to say a heartfelt “Grrrrrr!” (Siggy concurs, with a little “Grrrr!” of his own. Good boy!)

So I wasted about $600 finding out that not all the people in this industry are who they say they are, and not all are to be trusted or taken at face value.

So, feeling a little like Pinocchio, as he gets suckered at the evil fairground, I chose again. But I had a new idea too, and it was Siggy.

Sigmund the Dachshund had already briefly appeared in the Phlower Phaeries book but then he nagged me to become real – and I wrote him a few stories, so he could have some adventures.

After my new editor came back with new ideas it became clear Phaery gestation would take a little longer and I turned my attention to Siggy.

In march 2021, I began to bring him into the world, ahead of the original schedule…